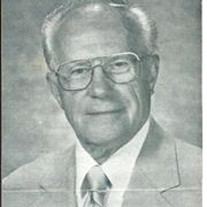 Walter J. Zuchora Utica Walter J. Zuchora, 91, a lifelong area resident died on Saturday, January 30, 2010 at the St. Luke's Home. He was born in New York Mills on April 26, 1918 the son of the late Lawrence and Sophie Lichwala Zuchora and attended local schools. On December 27, 1941 he was drafted in to Military service and after his basic training, Walter was assigned to the US Army 45th Infantry Division I Company. In June of 1942 he was sent overseas and was involved with the invasion of Sicily, Italy (The Boot) Naples, Rapid River and the Battle of Anzio. Along with the liberation of Rome, Italy he also participated in the invasion of Southern France in June of 1944. In august of 1944 Walter returned to the Fort Bragg, NC and was assigned to the Military Police at Ft. Totten, NY. On September 2, 1945, (V.J. Day) he was united in marriage to Wanda Dziekowicz "The Love of my life" at Holy Trinity Church, Utica, NY and on October 26, 1945 he received an Honorable Discharge and commendations for his military service. Wanda and Walter had shared a loving union for over 65 years. He was employed for over 20 years as a butcher with Marcy Psychiatric Hospital retiring in 1980 and was a member a Holy Trinity Church where he was active as Lector and Usher. Walter enjoyed golfing and spending time with his family and friends. On December of 1951, he joined the Knight of Columbus Council 189 and in January of 1952 Walter received hi 3rd Degree where he was active as Council Lecturer, Chairman of Board of Admissions, Membership Chair, and other appointments in the Council. During his membership Walter became an enthusiastic and active bowler for 33 years and 17 of those years he serves as secretary for the league. In 1964 he was elected president of K.of C. Bowling Boosters. On July 1, 1989, Walter became Grand Knight of the William E. Burke Council 189 and served this position for 2 years. At the end of this term, he was appointed as District Deputy from Central Mohawk Chapter until June 30, 1995. Last but not least Walter was appointed as a District Committeeman by his good friend the late Milford Trojan. Walter was deeply honored by this appointment was glad to serve in this capacity to promote Bowling and the Knight of Columbus Council 189. Walter was as honorary life member of the William E. Burke Council #189 of the Knights of Columbus. His survivors include his loving wife Wanda; two brothers-in-laws, Leonard Dziekowicz and Alfred Dziekowicz; two sisters-in-laws, Harriet Cieloszczyk and Louise Stolarczyk all of Utica; and several loving nieces and nephews. Funeral services will be held on Tuesday at 9 am at the Kowalczyk Funeral Home, 1156 Lincoln Avenue, Utica and at 9:30 am at Holy Trinity Church where a Mass of Christian Burial will be celebrated. Relatives and friends may call on today from 4 until 8 pm. The Knights of Columbus will hold a prayer service at the funeral home at 7:30 pm. Burial with Military Honors will take place in St's Stanislaus & Casimer Cemetery. Walter's family would like to express their sincere to the nurses and staff of Barton North of the St. Luke's home for their excellent care and compassion shown to Walter during his stay. Light a Candle at: www.kowalczykfuneralhomes.com

The family of Walter J. Zuchora created this Life Tributes page to make it easy to share your memories.

Send flowers to the Zuchora family.