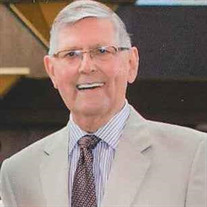 New Hartford/Sylvan Beach - Thomas R. Myslinski, 77, died peacefully, Sunday, November 26, 2017 at his special beach home in Sylvan Beach in the loving arms of his wife, Barbara. Tom was born on March 3, 1940 in Schenectady, the son of Stanley R. and Josephine (Swirski) Myslinski. He was a graduate of Draper High School in Schenectady and continued his education at Simmons School of Embalming and Mortuary Science, Syracuse, where he earned his degree in Mortuary Science. Tom and Barb’s first date was at DiCastro’s in Sylvan Beach and by the second date they fell in love and were best friends for two years. On May 26, 1962, they were joined in a blessed union that would last 55 years, a relationship that began and ended in Sylvan Beach. Tom became a licensed funeral director on his 21st birthday, March 3, 1961, a profession he dedicated his life to for over 50 years. Tom and Barb purchased Swiatek Funeral Home on August 15, 1963, which later became Myslinski Funeral Home. Together they owned and operated the funeral home on Columbia Street working side by side serving families. In 1997 they moved to their current location on French Road. Their transition from living over the funeral home for 38 years on Columbia St. to their home in New Hartford was a long time coming. In 2006, after much consideration, Tom and Barb combined their business with close friends, Chris and Debbie McGrath. Working together, they carried on the values and traditions of the Myslinski family to its present day operation as McGrath, Myslinski, Karboski & Nunn Funeral Directors. Whether at home in New Hartford or at the beach, Tom loved to entertain friends and family where he cooked, cocktailed and laughed to his heart’s content. Among his favorite things were boating, fishing, skiing and, of course, a good cigar. Tom was a member of the Tri County Funeral Director’s Association, William E. Burke Utica Council #189 Knights of Columbus, Polish Community Club, Kopernik Association, Fur, Fin and Feather Club of Kozar’s Grill and served as President and CEO of the Telco Ski Club. He was instrumental in the development of the Stanley Theater volunteer group and its policy and procedures. He held meetings in his home and recruited many of his friends to become volunteers. Surviving besides his beloved wife, Barbara (Zogby) Myslinski are his daughter and son-in-law, Patricia and Mike Salzer, Clinton; son, Richard Myslinski, Sarasota, FL; daughter and son-in-law, Dr. Marya Myslinski and Chris Healey, Arlington, VA; daughter-in-law, JeanMarie Myslinski, Plantation, FL; three grandsons, Michael (Rose) Palmisano, Manlius, Ryan Myslinski, Plantation, FL and Jaxon Healey, Arlington, VA; step-grandson, Matthew Healey, VA and brother and sister-in-law, Stanley and Linda Myslinski, Long Island. Tom also leaves numerous friends including special friends, Laurie, Paul and Sammy Longeretta and Dr. Phillip Mahoney, who provided guidance and friendship to Tom and Barb. He was predeceased by his brother, Robert and his beloved feline, Tabby. Relatives and friends are invited and may call Wednesday 4-7 p.m. at Myslinski Funeral Home, 470 French Rd., Utica. Funeral services will commence at 7 p.m. with family friend, Father Paul Drobin officiating. Barbara and her family are forever grateful to Hospice & Palliative Care, Inc. They saw firsthand the great works that Hospice does with end of life care. To show their appreciation and in lieu of flowers, please remember Hospice in Tom’s memory. The Myslinskis were fond of the Columbia Street area. Thea Bowman House was an integral part of the neighborhood’s well-being. Their concern for children was of great interest to the Myslinskis. In honor of Tom, consider a new unwrapped toy for the Thea Bowman Holiday Toy Drive. A box is available at the funeral home. Follow the link to view Tom's tribute video: https://www.tributeslides.com/tributes/show/W837P67P7DPC38MT

The family of Thomas R. Myslinski created this Life Tributes page to make it easy to share your memories.

Send flowers to the Myslinski family.