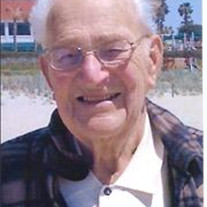 Thaddeus Edward Gachowski Clinton Thaddeus Edward (Ted) Gachowski, 88, a long-time Clinton resident was welcomed to Heaven into the loving arms of his pre-deceased wife, Constance Labuz and their daughter Christin Martin on Wednesday, September 15, 2010 at his residence, surrounded by his beloved daughters at his side. He was born in Utica on August 30, 1922 the son of John Gachowski and Elizabeth Malachowski Gachowski and attended Utica Schools. He received his Bachelors Degree in Mechanical Engineering from Syracuse University where he also pursued his postgraduate studies. Ted became a member of Pi Tau Sigma, an International Mechanical Engineering Honor Society and Theta Tau, a National Professional Engineering Fraternity. He proudly served with the U.S. Army during WW II as a Master Sergeant with the Army Corps of Engineers in the Asiatic-Pacific Theatre where he received three Bronze Battle Stars and numerous ribbons and medals. Ted was married to Constance LaBuz from 1953 until her death in 1973 and together they had 6 loving and devoted daughters. His distinguished career at General Electric spanned over 35 years and entailed the design of Radar Systems for the Nation's space and defense programs. Ted was a member of Holy Trinity Church, Utica, the Edward Bator Post and the Knights of Columbus Council # 189 for the past 70 years. He was a proud and loving Father and a devout Catholic. Ted always enjoyed golfing, gardening, home projects and travelling around the country to visit his grandchildren. He endeared all who met him with his delightful stories, engaging conversations and love of life. He is survived by his five daughters and sons-in-law, Constance Gachowski of Clinton, Sylvia Bonnie and Dr. David Liebers of Schenectady, Gail and Michael Welch of San Diego, CA, Cheryl Lynn and Michael Doyle of Potomac, MD, Corrine Gachowski and Thomas Neumann of Clinton and Kevin Martin of Clinton. He will be greatly missed by his 13 grandchildren for whom he always held a special place in his heart: David Thaddeus, Matthew and Laura Liebers, Eleanor, Thaddeus and Beau Blase Welch, Cheryl Lynn, Michael and Christopher John Doyle, and Connor, Christian, Zoe and Caroline Martin, as well as Goddaughter and niece Sharon Miller of New York Mills, his lifelong friends, John and Dolores Zawada of Utica, brother-in-law Walter Labuz and numerous nieces and nephews. He is also survived by his estranged wife, Helen and her family. He was pre-deceased by his brother Joseph and his sister Charlotte LaBuz. Funeral services will be held on Monday at 9am at the Kowalczyk Funeral Home, 1156 Lincoln Avenue, Utica and at 9:30am at Holy Trinity Church where a Mass of Christian Burial will be celebrated. Relatives and friends may call on Sunday from 3-6pm. Burial with Military Honors will take place in Holy Trinity Cemetery. Memorial contributions may be made to either Holy Trinity Church or to one of Ted's favourite charities, the Saints Cyril and Methodius Seminary, a private Polish seminary in Orchard Lake, Michigan that prepares candidates for the Roman Catholic priesthood primarily to serve Polish American immigrant communities. Donations may be sent to: Orchard Lake Schools, 3535 Indian Trail Orchard Lake, MI 48324. Envelopes will be available at the funeral home. Light a Candle at: www.kowalczykfuneralhomes.com

The family of Thaddeus E. Gachowski created this Life Tributes page to make it easy to share your memories.

Send flowers to the Gachowski family.