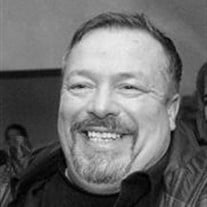 Stephen A. Lazarek Utica Stephen Anthony Lazarek, 56, a lifelong Utica resident passed away suddenly on July 4, 2010. Born in Utica on June 15, 1954, Steve was the son of the late Stanley S. and Shirley S. Oczkowski Lazarek. He attended Holy Trinity grade school and then went on to graduate from Notre Dame High School in 1972. After attending Mohawk Valley Community College, Steve received his certification as an open-water commercial diver and moved to Puerto Rico. In 1979, he returned to Utica to run Stan's Sunoco Service, a family owned and operated business founded by his father. Upon his return home, he met his wife and best friend, Susan J. Whitaker. Steve and Sue were married on October 20, 1984. In addition to operating Stan's Sunoco, Steve was a very gifted musician, and was a highly regarded drummer capable of playing any style of music. For many years he entertained music lovers throughout upstate New York as the drummer for Fountain, the Prime Time Orchestra, and the popular rock band Keel the Puppet, which performed throughout the northeastern United States during the 1970s, and reformed to great acclaim in 2005. Steve was a very loving and devoted husband and uncle, and a remarkable friend who positively touched the lives of everyone who had the good fortune of knowing him. He will always be remembered for his boisterous laugh, boundless generosity, and his ability to make others smile just by being in his presence. In addition to his beloved wife Susan of Utica, Stephen is survived by his brother, Timothy F. Lazarek, of San Diego, CA; his aunt Mary Oczkowski, of Utica, NY; his aunt Helen Leslie, of Whitesboro, NY; his brother- and sister-in-law John and Ann Whitaker of North Syracuse, NY, along with their sons and Steve's beloved nephews Joseph and Matthew Whitaker (also his godson); his brother- and sister-in-law Gary and Jill Whitaker of Mexico, NY, along with their sons and Steve's beloved nephews Travis and Austin; his godson Joseph Witte of Utica, NY; his honorary godchildren Priscilla Witte, of Venice, CA, and Michael Buas, of Utica, NY; and many friends and loved ones all across the United States. He was pre-deceased by his parents Funeral services will be4 held on Thursday at 9:30am at the Kowalczyk Funeral Home 1156 Lincoln Avenue, Utica and at 10am at Holy Trinity Church where a Mass of Christian Burial will be celebrated. Relatives and friends may call today from 4 until 7pm. Burial will take place in Holy Trinity Cemetery. Memorial contributions in his name may be made to the Stevens Swan Humane Society 5664 Horation Street, Utica, NY 13502 or to the American Heart Assn., 120 Lomond Court Utica, NY 13502. Light a Candle at: www.kowalczykfuneralhomes.com

The family of Stephen A. Lazarek created this Life Tributes page to make it easy to share your memories.

Send flowers to the Lazarek family.