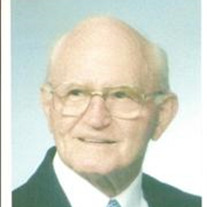 Stephen T. Baron Whitesboro Stephen T. Baron, 91, a resident of Whitestown, passed away on October 10, 2009 with his loving family by his side. Stephen was born in Utica on June 21, 1918, the son of Stanley and Mary Zielonka Baron. He grew up in the West Utica neighborhood known as the Cozy Corner where he made friendships which were to last a lifetime. As a youth, he attended Holy Trinity School and then Utica Free Academy, where he excelled as a baseball player. During World War II, he served in the U.S. Army Air Force where he taught Morse Code to pilots and navigators. On September 14, 1946, he married the love of his life, Marie R. Kistner, in St. Patrick's Church, Utica NY. This loving union has endured for the last sixty-three years. In 1982, Stephen retired from the General Electric Co. with over thirty years of service. He was a proud and active member of the Whitestown Post 1113 American Legion, where he developed many close friendships. Steve's foremost joy was spending time with his family. He was also an avid golfer and bowler and remained a lifelong fan of baseball. His survivors include his beloved wife, Marie; his son Dennis and his wife Barbara of Ilion; his daughters Patricia Copperwheat of Whitestown; and Karen and her husband Robert Riesel of Ilion. He leaves behind nine cherished grandchildren Brett, Lee, Michael, Katherine, Andrea, Gary, Rob, Lisa, and Laura. He also leaves special in-laws, Agnes and Russell Anacker, Ann and George Siegenthaler, Mary Lou and Patsy Faragon, Edwin Kistner, Genevieve Baran, and Sophie Baron and thirty nieces and nephews. He was pre-deceased by four brothers; Edward, Joseph, John, and Leo and a sister Jane Dolega. The family wishes to express sincere gratitude to Dr. Daniel Goodman and the Presbyterian Home for the care and compassion shown to Stephen and his family. Special thanks to neighbors, Joanne and Ed Cookinham, for their many years of loving support to Steve and Marie. Funeral services will be held on Tuesday at 9:00 AM at the Kowalczyk Funeral Home, 1156 Lincoln Ave., Utica and at 9:30 AM at the Holy Trinity Church where a mass of Christian Burial will be celebrated. Relatives and friends may call today (Monday) from 4:00 until 8:00 PM. Burial will take place in Mount Olivet Cemetery with Military Honors. In lieu of flowers, please consider memorial contributions in Steve's name to the Presbyterian Home of CNY, 4290 Middle Settlement Road, New Hartford, NY 13413 or to the Whitestown Post 1113, American Legion, Main Street, Whitesboro, NY 13492. Envelopes will be available at the funeral home. Light a Candle at: www.kowalczykfuneralhomes.com

Stephen T. Baron Whitesboro Stephen T. Baron, 91, a resident of Whitestown, passed away on October 10, 2009 with his loving family by his side. Stephen was born in Utica on June 21, 1918, the son of Stanley and Mary Zielonka Baron. He grew... View Obituary & Service Information

The family of Stephen T. Baron created this Life Tributes page to make it easy to share your memories.

Send flowers to the Baron family.