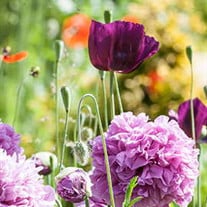 Type Obit Here Stella Mietlinski Utica/ PA Stephania (Stella) Szwet Mietlinski, 89, formerly of Utica, passed away October 23, 2008 at the Beaver Medical Center, Beaver, PA. She was born February 19, 1919 in Utica, NY, the second child of John and Mary Szwet. She married Theodore Mietlinski on June 15, 1940, a union that lasted 45 years until his death on March 11, 1985. She was predeceased by her parents, her husband Theodore in 1985 and her son Theodore Jr. in 2004 along with her brother Stanley Szwet in 2002 and his wife Gladys in 2007. Stella worked many years at Lincoln Laundry in Utica, NY and retired in 1984. During her retirement, she enjoyed traveling and her association with the Polonaise Seniors of Holy Trinity Church along with knitting, crocheting and ceramics. In 2003, she moved to Darlington, PA to live with her daughter. Due to declining health, she had resided at Friendship Ridge, Beaver, PA for the past eighteen months. She will be greatly missed by her family and friends. The family wishes to express their appreciation to the Five Main Staff at Friendship Ridge and The Beaver Medical Center Staff in Beaver, PA for their kind and giving care. A special thanks to Dr. Farland for her continuing care during her illnesses. She is succeeded by her daughter and son-in-law Joan and David Sutton of Darlington, PA, her sister and brother-in-law Jeanette and Raymond Rueger of Utica, NY, her sister-in-law Jane Tomasik and husband Bill and her sister-in-law Frances Mietlinski of the Utica area. Her grandchildren include Mike Sutton, Darlington, PA, Laurie Barber (Michael), Moody, AL, Donna Lutman (Kirk), Beaver Falls, PA, David J.Sutton (Rachael), Murfreesboro, TN, Mary Ann Mason, Stuart FL and Michelle Mietlinski , Rome, NY. Also included are her 15 great grandchildren and many nieces and nephews. Visiting hours will be held on Monday, October 27, 2008 from 3 until 7pm at the Kowalczyk Funeral Home, 1156 Lincoln Ave, Utica, NY. A Mass of Christian Burial will be celebrated on Tuesday at 9am at Holy Trinity Church, Utica. Entombment will take place in the Resurrection Chapel Mausoleum of Holy Trinity Cemetery Light a Candle at: Wwwkowalczykfuneralhomes.com

The family of Stella Mietlinski created this Life Tributes page to make it easy to share your memories.

Send flowers to the Mietlinski family.