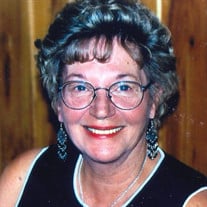 NEW HARTFORD - Sandra (Sandy) Katona Clair passed away on Monday, December 14, 2020, at St. Elizabeth Medical Center, Utica, NY. Born October 19, 1944, in Utica, NY, she was the birth daughter of Joseph and Marion (Moselle) Katona, both deceased. Sandy also became a member of the Brady family and is predeceased by her other parents, Ethel and Edwin Brady, and her other sister and best friend, Mary Pat Riley. A loving wife, mother, grandmother and sister, she is survived by her husband of 54 years, John Clair who she married on June 11, 1966; her three “boys”, John Clair, NV, James (Nicole) Clair, NC, and Joseph (Yalin) Clair, NC; grandchildren, Kendra and Connor Clair, NC; her twin brother, Darryl (Jennifer) Katona and sister, Valerie Wheeler; Stephen (Christine) Brady, NY, Nancy Brady (Peter) Strohecker, CO, Jean Brady (Lynn) Abshire, CA and Gail Brady Ray, NY along with several nieces and nephews. To know Sandy was to love her. Family was of utmost importance to her and she continually gave unconditional love and unparalleled devotion to them. While many people seek material things, Sandy’s family were her treasures. She loved family and friends more than anything and went out of her way to ensure that everyone had everything they needed and were taken care of, a totally selfless person. Sandy graduated from Whitesboro Central Schools and later excelled as a bookkeeper for several local businesses. While she was a resident of New Hartford, she also wintered in Lakeworth, Fl where she quickly became friends with other “snowbirds” and involved herself in many activities. Throughout her adult life, she was an avid competitive bowler and phenomenal cook who loved to entertain. Many recipes with explicit instructions were passed on to “the boys”. She had an amazing gift for creating the most beautiful crafts and artistic arrangements that were on display throughout her home. Yet, her favorite passion was spending time with “the boys”, her husband John and the grandchildren. Over the last several years of ill health, Sandy’s devoted husband John and her deep unwavering faith sustained her. As we mourn the loss of Sandy, we know that our lives have been enriched with her all-encompassing goodness, wit, unmistakable laugh and all-consuming love. Relatives and Friends are invited to attend a Memorial Mass at the Church of Our Lady of the Rosary on December 21st at 9:30 am. Her family wishes to express their gratitude to the Getz family as well as Dr. Gorczynski for the care and compassion given to Sandy. Remembrances in Sandy’s name may be made to the charity of your choice. Arrangements are under the direction of Surridge & Roberts Funeral Home 470 French Road, Utica.

The family of Sandra L. Clair created this Life Tributes page to make it easy to share your memories.

Send flowers to the Clair family.