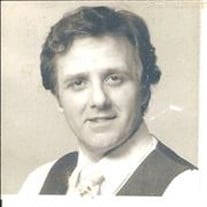 Ronald Kaczor New Hartford Ronald R. Kaczor, age 69, of New Hartford passed away on Monday, February 15, 2010 at his residence after a courageous two-year battle with cancer. He was born May 21, 1940 in Utica, son of Joseph and Genevieve Kaczor of New York Mills and graduated from New York Mills High School in 1957. He married the love of his life, Marcia (Laucello) of Utica on June 10, 1961, a devoted union for over 48 years. Ron was previously employed by the General Electric Radio Receiver Plant for 28 years where he worked his way up to Plant Facilities Manager. He participated in golf, bowling and softball and spoke highly of the men and women he worked with at GE. Most recently, due to his illness, Ron retired from Oneida County BOCES after 18 years. Ron wanted to thank all his coworkers again for their support and thoughtfulness, particularly in the last two years. Ron was an avid outdoorsman and enjoyed time spent with his family hunting, fishing, boating, golfing, gardening and traveling with his beloved spouse. Ron was always cheerful and inspirational through the difficult times. He had a positive and uplifting outlook on life, which touched those who were fortunate to know him. He is survived by his wife and best friend, Marcia of New Hartford; daughter Linda Nelson of New York Mills and her two sons William and Justin; son and daughter-in-law Ronald and Rosemary Kaczor of Fairport, NY and their children Sarah, Dana, Kelly, Kelsey, Cassidy and Ronnie; son Joseph R. Kaczor of New Hartford; daughter Christine "Tina" Kaczor of Eugene, Oregon; aunt and uncle Helen and Walter Chrabas; cousin Sherry and Walter Listas and children; aunt Mary Kaczor; his dearly loved in-laws, Diane Julian; Michael and Victoria Laucello; Duane and Patricia Roberts; Scott and Joanne Luscomb; many nieces, nephews and cousins. Ron was predeceased by his parents, and brother, Edward. Funeral services will be held on Friday at 9:15am at the Kowalczyk Funeral Home 284 Main Street, New York Mills and at 10am at the Church of the Sacred Heart / St. Mary's where a Mass of Christian Burial will be celebrated by the Rev. Julian Davies O.F.M. Relatives and friends may call on Thursday from 4 until 7pm. Burial will take place at St. Stanislaus & Casimer Cemetery. Ron's family would like to thank Strong Memorial Hospital of Rochester; Doctor Nimish Mohilie, all the nurses for the wonderful care he received. His family would also like to thank Hospice & Palliative Care, Inc. for their care and their kindheartedness. In lieu of flowers, please send donations to the Leukemia & Lymphoma Society, Donor Services, P.O. Box 4072, Pittsfield, MA 01202 (888) 773-9958. Light a Candle at: www.kowalczykfuneralhomes.com

Ronald Kaczor New Hartford Ronald R. Kaczor, age 69, of New Hartford passed away on Monday, February 15, 2010 at his residence after a courageous two-year battle with cancer. He was born May 21, 1940 in Utica, son of Joseph and Genevieve... View Obituary & Service Information

The family of Ronald R. Kaczor created this Life Tributes page to make it easy to share your memories.

Send flowers to the Kaczor family.