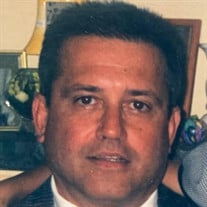 UTICA – Richard “Rick” M. Panzone, 67, passed away after a long, courageous battle with cancer, on Saturday, November 13, 2021, in the comfort of his own home, with his daughter by his side. Rick was born on February 23, 1954, in Utica, the son of the late Michael and Marie (Bouse) Panzone. He was a graduate of Notre Dame High School and attended SUNY Morrisville College. Rick managed The Auburn Tavern for many years where several patrons became his close friends. He will always be remembered for his quick wit and kind heart. Surviving is his daughter, Ashley Panzone and her fiancé, Justin Wengert; sisters and brothers-in-law, Ann Marie and Bill Cook, Barbara and Mike Netti, Joanne and Ed Jones and Lynda and Steve Follos. Rick was a proud uncle to many nieces and nephews. Rick was predeceased by his brother, Michael Panzone, sister, Suzanne DeFuria and his best friend, Richard (Benny) Perra. He will also be dearly missed by his canine companion, Gus. Special thanks go out to Sheri and Benny Perra for their compassion and care during this very difficult time. Relatives and friends are invited and may call Thursday, November 18,, 2021 from 2 to 4 p.m. at McGrath, Myslinski, Karboski & Nunn Funeral Directors, 470 French Rd., Utica. Funeral services will commence following visitation. In lieu of flowers, remembrances can be made in Rick’s name in appreciation to Hospice and Palliative Care, Inc.

The family of Richard "Rick" Panzone created this Life Tributes page to make it easy to share your memories.

Send flowers to the Panzone family.