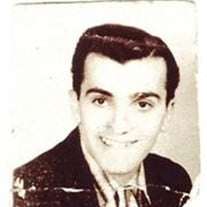 Raymond Sheheen Utica Mr. Raymond Sheheen, 76, of Utica, passed away on Friday, January 30, 2009 at the Heritage Health Care Center. Raymond was born in Utica on February 29, 1932, the son of Anthony and Rose (Joseph) Sheheen. He was raised and educated locally and attended UFA High School. Raymond served our country in the US Air Force during the Korean Conflict. Raymond retired from Chicago Pneumatic. Upon retirement he lived in California and Arizona for many years before returning to Utica. At one time Raymond was wed to the former Phyllis Kulakowski and from this union, three daughters were born. His survivors include his three daughters and two son-in-laws, Loretta and her husband Michael Sullivan of Marcy, Jacqueline Sheheen, Cynthia and her husband Timothy Tehan all of Utica; five grandchildren, Brittany and Michael Sullivan of Marcy; Heather MacMaster and Daniel O'Neill of Utica; Adrianna Smith of Utica. His sisters and brother-in-law, Minnie Betrus of Clinton, Amelia Durant of Utica, Julia Ciccotti of Rome and Jeanette and Joseph Kaminski of FL; sister-in-laws Minnie Sheheen of New Hartford and June Sheheen of NC. He was predeceased by a sister Helen Sheheen, three brothers, Sam, James and Ralph Sheheen; a special nephew Anthony Shaheen and longtime companion Gloria DeJonghe. Mr. Sheheen's funeral will be held on Wednesday, February 4, 2009 at 10:45 am at the Kowlaczyk Funeral Home, 284 Main St., New York Mills and at 11:30 am at St. Paul's Church, Whitesboro where his mass of Christian Burial will be celebrated. Calling hours for family and friends are Tuesday (today) from 4:00 to 7:00 pm. Raymond's family extends their heartfelt gratitude to Dr. Scott Brehaut, Dr. Raouf Kodsy and the nurses and staff of the Heritage Health Care Center for the compassionate care you provided to him Light a Candle at: www.kowalczykfuneralhomes.com.

Raymond Sheheen Utica Mr. Raymond Sheheen, 76, of Utica, passed away on Friday, January 30, 2009 at the Heritage Health Care Center. Raymond was born in Utica on February 29, 1932, the son of Anthony and Rose (Joseph) Sheheen. He was raised... View Obituary & Service Information

The family of Raymond Sheheen created this Life Tributes page to make it easy to share your memories.

Send flowers to the Sheheen family.