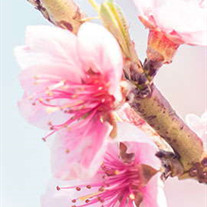 Patricia Scholl Whitesboro Patricia Bajgerowicz (Joseph) Scholl, 75, of Whitesboro passed away Wednesday, June 4, 2008 at her home after a courageous battle with cancer. She was born in Utica on January 12, 1933 the daughter of Anthony and Mary Kolek Bajgerowicz and attended local schools. Pat was the former wife of Charles Joseph who she married in 1950 until his death in an industrial accident in 1956. She was then married to Benedict J. Scholl in 1958; a loving union for almost 50 years. She was a member of Holy Trinity Church, Utica. Pat was a lover of animals and enjoyed her two feline and two canine companions. Her survivors include her husband Benedict Scholl of Whitesboro; a son Charles Joseph and his wife Beth Hill and their children Zachery and Brienne of Saratoga; a daughter Julie Joseph Barretta and her children Gina and Garrett of Utica and great grandchild Michael Koscinski. Also included is an adopted daughter Patty Santillo of Yorkville and a brother Walter (Buddy) and his wife Dorothy Baker of FL. She was pre-deceased by six sisters and one brother. Funeral services will be held on Saturday at 8:30am at the Kowalczyk Funeral Home 1156 Lincoln Avenue Utica and at 9am at Holy Trinity Church where a Mass of Christian Burial will be celebrated. Calling hours to which relatives and friends are invited will be held today from 4 until 7pm. Burial will take place in Holy Trinity Cemetery. Pats family would like to extend their sincere appreciation to the nurses and staff of Hospice Care Inc. for the excellent care and kindness she received, Memorial contributions in her name may be made to the Holy Trinity Organ Fund 1206 Lincoln Avenue, Utica 13502. Light a Candle at: www.Kowalczykfuneralhomes.com

Patricia Scholl Whitesboro Patricia Bajgerowicz (Joseph) Scholl, 75, of Whitesboro passed away Wednesday, June 4, 2008 at her home after a courageous battle with cancer. She was born in Utica on January 12, 1933 the daughter of Anthony and... View Obituary & Service Information

The family of Patricia Scholl created this Life Tributes page to make it easy to share your memories.

Send flowers to the Scholl family.