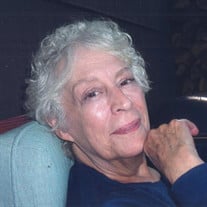 On June 19, 2022, Patricia Ann (Dery) Massie of New Hartford, NY, passed away at the age of 73. Patricia was born in 1949 in Winsted, Connecticut to Catherine A. (Foster) and Roland E. Dery. She completed Northwestern Regional High School in Barkhamsted, CT in 1967, and thereafter graduated from Fisher Junior College in Boston, Massachusetts, where she fell in love with aspiring young scientist Harold Massie. In 1970, the couple wed and relocated to Utica, NY, where Harold began his career and Patricia became a homemaker. Patricia gave birth to two children and was a loving and accepting stepmother to two more. She was passionate about her job as a mother, especially mindful of what was going into her children's bodies and minds, and was an early adopter of what was then called "health food". After her children left the home and Harold retired from science, she worked at a local grocery store for nearly two decades, in multiple departments. Patricia embraced physical labor and the sense of accomplishment it gave her; the sizeable vegetable garden she and Harold maintained and continuously harvested from was perhaps the best example of this. Otherwise, she had few hobbies in the traditional sense, rather her free time was joyfully consumed by maintaining relationships with those she loved. First and foremost was that with her Lord and Savior Jesus Christ, followed by that with her husband, and finally that with family and friends, to which she gave every bit of energy she had left. To those who were lucky enough to know her, it was impossible to be unchanged by her loyalty, kindness, generosity, and absolutely pure authenticity. Patricia is survived by her two children, Wakeman Massie (Carie) and Catherine Heart (Domingo); her two stepchildren, Elizabeth Morgan (Bill) and Eric Massie (Yasnaia); her three grandchildren, Milo, Isaiah and Micaela; her five step-grandchildren, Brian (Toni), Jonathan (Lauren), Katie (Andrew), Justin and Jordan, and her one step-great-grandchild, Joshua. She also leaves behind two sisters, Cathy Krom (David) and Lynne Dezzani (Michael), and a brother, Robert Dery (Carol). Patricia was predeceased by her husband, Harold who passed last August, and her brothers, Roland (Tracy) and Wayne (Virginia). Memorial Services are pending. The family would like to thank the staff of Hospice and Palliative Care and the Siegenthaler Center for the exceptional care and support given to her in her final days. Also, Patricia's many friends who were there for her as she was for them, supporting her through the loss of her husband and her exceptionally painful battle with cancer. Suzie, you were a great comfort to her; thank you. 2 Corinthians 4:6: For God, who said "Let there be light in the darkness", has made this light shine in our hearts so that we could know the glory of God that is seen in the face of Jesus Christ. Patricia always prayed from her heart that everyone would see His face, as she does now. Arrangements are under the direction of McGrath, Myslinski, Karboski & Nunn Funeral Directors, 470 French Rd., Utica. Messages of sympathy at www.mmknfd.com

On June 19, 2022, Patricia Ann (Dery) Massie of New Hartford, NY, passed away at the age of 73. Patricia was born in 1949 in Winsted, Connecticut to Catherine A. (Foster) and Roland E. Dery. She completed Northwestern Regional High School... View Obituary & Service Information

The family of Patricia A. Massie created this Life Tributes page to make it easy to share your memories.

Send flowers to the Massie family.