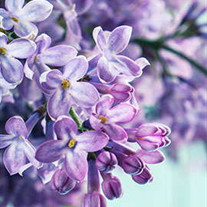 Mary Zagraniczny Utica Mary Zagraniczny, 87, a longtime Utica resident died on Wednesday, April 1, 2009 at St. Elizabeth Medical Center. She was born in Barre, MA of May 5, 1921 the daughter of Walter and Sophie Kurtyka Pawlina and came to the area as a young girl. She was a graduate of UFA and attended the Excelsior School of Business. She was united in marriage to Stanley Zagraniczny on May 19, 1943 at Holy Trinity Church, Utica; a loving union shared for 65 years. Mary was formerly employed with the Boston Store a retired from the Utica Observer Dispatch in 1983 after 28 years of service. She was a member of the West Side Seniors and Holy Trinity Church. Her survivors include her beloved husband Stanley of Utica; a daughter Maryann and her husband Bernard Libich of Ft. Wayne, IN; three grandsons, James Libich of Ft. Wayne, Brian and his wife Karen Libich of Indianapolis, IN and Jeffrey Libich of Indianapolis, IN and a great granddaughter Mia. She was pre-deceased by her brothers John and Walter Pawlina. Relatives and friends are invited to attend a Mass of Christian Burial which will be celebrated on Saturday at 10:30am at Holy Trinity Church. Those who wish may call on Saturday from 9am until the time of the Mass at the Kowalczyk Funeral Home 1156 Lincoln Avenue, Utica. Burial will take place in Holy Trinity Cemetery. Mary's family would like to express their sincere appreciation to the nurses and staff of I.C.U. and the Critical Care unit of St. Elizabeth Medical Center for the excellent Care and attention she received. Memorial Contributions in her name may be made to the Alzheimer's Association 258 Genesee Street, Suite 509, Utica, NY 13502. Light a Candle at: www.kowalczykfuneralhomes.com

Mary Zagraniczny Utica Mary Zagraniczny, 87, a longtime Utica resident died on Wednesday, April 1, 2009 at St. Elizabeth Medical Center. She was born in Barre, MA of May 5, 1921 the daughter of Walter and Sophie Kurtyka Pawlina and came to... View Obituary & Service Information

The family of Mary Zagraniczny created this Life Tributes page to make it easy to share your memories.

Send flowers to the Zagraniczny family.