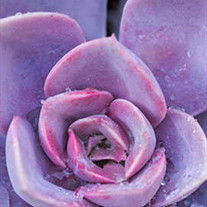 Mabel F. Cook New Hartford / Clinton Mabel Florence Martin Cook, age 97, passed home to Our Lord, at the Lutheran Homes in Clinton on Sunday, August 31, 2009, with kind and professional care by her side. Mabel was born in Utica on 12 June 1912, the second daughter of James L. and Florence Welch Martin. Mabel and her sisters, Teresa and Emma were grandchildren of Irish Immigrants, of the families, Martin & Fahy and Welch & Hall from Counties Cork, Galway and Belfast. At her first place of employment, Woolworth Five and Dime Store, she met her husband to be, William James cook, son of Charles C. and Sarah Kelly Cook. William, his brothers and sisters, were also grandchildren of Irish Immigrants of the families Cook & Hill and Kelly & McCarey. She and William were married at St. Patrick's Church in Utica, on 5 January 1930. Mabel went on to become Office Manager of Neisner's Five and Dime Store and her husband William became Chief Mixer and Baker at the Mohican Market and Shop Stewart in Local Union 141. Their seven children were born from 1933 to 1953, after which they fostered over 240 new born babies with Family Services and Catholic Charities. After moving to New Hartford in 1975, Mabel was employed with Faster Form until her retirement in 1993. Mabel is survived by her son's, daughter's and spouses; James and Joan Cook of New York Mills, Teresa M. Bruni of Utica, William and Diane Cook of Whitesboro, Katherine M. Cook /Garza of CA, Florence and Kenneth Armstrong of FL and Debra Jo Haensgen of WA. Surviving grandchildren are Gregory Wroblewski, Elizabeth Ann Cook James Riley and Gina Cook, Mary and Douglas Miles, Rita and David Lewis, Edmund Bruni, Brian and Jasmine Cook, Devin Cook, Elizabeth, Steven and Aaron Haensgen. Also eight great grandchildren and two great-great grandchildren, also surviving is her sister-in-law, Blanch A. Cook of CA. Mabel also leaves many cousins, nieces and nephews. Mabel was predeceased by her husband William, sisters, Teresa and Emma; Daughter Carol Ann; Granddaughter Tiffany Ann Cook and a son-in-law, Edmund Bruni. Relatives and friends are invited to attend a Mass of Christian Burial which will be celebrated on Saturday at 9:30am at the Church of Our Lady of Lourdes. Those that wish may call from 8am until 9am on Saturday at the Kowalczyk Funeral Home 284 Main Street New York Mills. Burial will take place at Mt. Olivet Cemetery. Memorial contributions in her name may be made to the Kelberman Center 1601 Armory Drive, Utica, NY 13501. Light a Candle at: www.kowalczykfuneralhomes.com

Mabel F. Cook New Hartford / Clinton Mabel Florence Martin Cook, age 97, passed home to Our Lord, at the Lutheran Homes in Clinton on Sunday, August 31, 2009, with kind and professional care by her side. Mabel was born in Utica on 12 June... View Obituary & Service Information

The family of Mabel F. Cook created this Life Tributes page to make it easy to share your memories.

Send flowers to the Cook family.