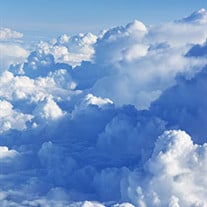 Type Obit Here Lyman Simonds Floyd Lyman H. (Dime) Simonds, 84, a longtime Floyd resident died on Saturday February 27, 2010 at St. Elizabeth Medical Center. He was born in Exeter, NY on August 9, 1925 the son of Ralph and Leona Higby Simonds. He was married to Virginia Tracy on April 21, 1956 in Holy Trinity Church, Utica. She died on May 18, 2007. Lyman served proudly with the US Army during WW II. He was employed with the Griffiss Air Force Base for many years until his retirement. He was a member of the Disabled American Veterans, Stars & Stripes and a long time member of the Floyd Horseshoe Club. His survivors include four daughters; Dale and her husband Gary Allen of NC, Dawn and her husband Watson Wojciechowski of Floyd, Mary Ann Slaga of FL and Donna Simonds of Floyd; a son Daniel Simonds of Floyd; two sisters, Madeline Wallace of FL and Pauline Cleary of Schuyler Lake; four sisters-in-law, Geraldine Simonds of CA, Marge Simonds of Schuyler Lake, Mary Tracy of Sherrill and Dorothy Pendrak of MA. Also included are his 11 grandchildren, 12 great grandchildren and several nieces and nephews who all loved their Uncle "Dime". He was pre-deceased by his brothers Damon, Ralph, Delavan and Walter Simonds and his sister Minerva Stickles. Relatives and friends are invited to attend funeral service which will be held on Wednesday 11am at the Kowalczyk Funeral Home, 284 Main Street, New York Mills. Calling hours will be held Today from 4 until 7pm. Interment with Military Honors will take place in the spring at Townsend Cemetery, Stittville. Lyman's family would like to express their sincere appreciation to the Drs. Nurses and staff, especially to Dr. Otaibi of the St. Elizabeth Medical Center for the excellent care and compassion he received. Memorial contributions in his name may be made to the Disabled American Veterans 301 Bleecker Street Utica, NY 13501 Light a Candle at: www.kowalczykfuneralhomes.com

The family of Lyman H. Simonds created this Life Tributes page to make it easy to share your memories.

Send flowers to the Simonds family.