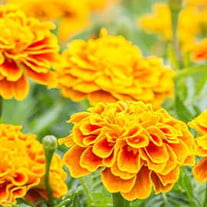 Laura Baszczoski Yorkville Laura Baszczoski, 93, a lifelong Yorkville resident died on Tuesday, March 17, 2009 at Hospice Savannah, Savannah, GA. She was born in New York Mills on August 4, 1915 the daughter of Teofil and Anna Kyrcha Kurowski and attended local schools. On August 20, 1938 she was married to Andrew Baszczoski at St. Mary's Church in New York Mills. He died on April 13, 1994. Laura was employed by the Marcy Psychiatric Hospital where she worked in culinary services. She was a member the Church of the Sacred Heart / St. Mary's Church. Her survivors include a son Richard and his wife Betty Baszczoski of Savannah, GA; two sisters, Mary Zajac of Vernon, and Jessie Wnuk of Utica; two granddaughters Heather Pinson of Atlanta, GA and Holly Waz of Bluffton, SC; two great grandchildren, Jacob Andrew Waz and Elizabeth Waz both of Bluffton, SC. and many nieces and nephews. She was predeceased by a sister, Helen Hryino and a brother, Edward Kurowski. Funeral services will be held on Saturday; at 9:15am at the Kowalczyk Funeral Home, 284 Main Street, New York Mills, and at 10a.m. at the Church of the Sacred Heart / St. Mary's where a Mass of Christian Burial will be celebrated. Relatives and friends may call on Friday from 4 until 7pm. Burial will take place in St's. Stanislaus and Casimer Cemetery. Memorial contributions in Laura's name may be made to Hospice Savannah Inc., P.O. Box 13190, Savannah, GA 31416. Envelopes will be available at the funeral home. Light a Candle at: www.kowalczykfuneralhomes.com

The family of Laura Baszczoski created this Life Tributes page to make it easy to share your memories.

Send flowers to the Baszczoski family.