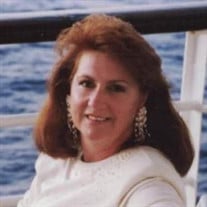 SCHUYLER – Judith L. Klimek, 71, passed away on Thursday, November 12, 2020, at St. Elizabeth Medical Center, surrounded by her family. Judith was born on June 20, 1949, at Harmon Air Force Base, Stephenville, Newfoundland, Canada, to James C. and Katherine F. (Roche) Jones. She was educated in several schools in Kansas, Mississippi, and Alabama while her father was in the military. She attended St. Peter’s, St. Francis, and graduated from Utica Catholic Academy in 1967 and Mohawk Valley Community College in 1969. Judith was joined in marriage on July 11, 1970, to Anthony J. Klimek Jr., her childhood sweetheart, a union that lasted over 50 years. She worked for Vyner Drugs, taught elementary education at Holy Trinity School, Utica, and St. John the Evangelist, New Hartford. Judith stayed at home during child-rearing years and reentered the workforce alongside her husband at Klimek Auto Supply, Yorkville. She also held positions at Oneida National Bank’s main office as Head of Safe Deposit and Utica Psychiatric Center, as a Pharmacy Aide. In retirement, she spent time sewing, reading, watching the New York Yankees and traveling the world with her husband. Some of her most treasured times were with her grandchildren, family, and her best friend, Joan Barrett. Judith had a lifelong commitment to civic duty. She was a life member of the Schuyler Volunteer Fire Company Auxiliary, Herkimer County Firemen’s Auxiliary, Oneida County Firemen Auxiliary, and the Ladies Auxiliary Firemen’s Association of the State of New York (LAFASNY). Judith leaves behind her husband, Anthony; daughter and son-in-law, Jennifer and Michael Yingling; and son, Anthony Klimek III; six grandchildren, Connor, Daniel, Ryan, Katherine Yingling, Anthony IV and Grace Klimek. She was predeceased by her parents; brother, James C. Jones; and step-brother and Rev. Donald MacGregor; sisters-in-law, Cynthia Coon and Barbara Curtis; and her Godson, Ronald Swift Curtis, Jr. Relatives and friends are invited to attend a Memorial Mass on Friday, November 20, 2020, at 10 a.m. at the Church of Our Lady of Lourdes. The family will receive guests following the Mass. Those wishing to attend Mass virtually may do so using the following link - www.youtube.com/c/joesalernoolol In lieu of flowers, remembrances in Judith’s name may be made to CNY Veteran’s Outreach Center (www.ucdevelopment.org) or a charity of one’s choice. Envelopes will be available at the Mass. Arrangements are under the direction of Kowalczyk Funeral Home, Utica. Follow the link to view Judith's tribute video > https://www.tributeslides.com/tributes/show/PBXJ36HFCWWJW46M

The family of Judith L. Klimek created this Life Tributes page to make it easy to share your memories.

Send flowers to the Klimek family.