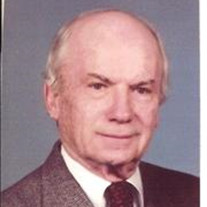 John P. Sullivan, Whitestown John P. Sullivan, 82, of Whitestown, passed away on Friday, January 2, 2009 at St. Luke's Home after a long illness. He was born on July 3, 1926 in Elmira, NY the son of Charles H. and Mary Donovan Sullivan. He was married to Regina Schneck on August 18, 1956 at St. Patrick's Church in Elmira; a loving union shared for over 47 years until her death on March 12, 2003. He served as a radioman in the U.S. Navy aboard the USS Stickle and in the Siberian region of Russia during World War II. John graduated from St. Bonaventure University and St. John's School of Law. He began his legal career in 1952, first in private practice in Corning, and then in Elmira, where he also serviced as a City Court Judge. He was appointed a Workers' Compensation Referee and moved to Binghamton, NY in 1958. In 1961 John was hired by Utica Mutual Insurance Company as the Assistant General Counsel and relocated to Whitestown. He retired from Utica Mutual in 1991 as the company's Corporate Secretary. While at Utica Mutual he served on the board's of directors of Republic Franklin Insurance Company, Utica National Insurance Company of Texas and Underwriter of Utica Lloyds of Texas. He also served as Town Attorney for the Town of Whitestown for many years. He was a communicant and commentator at St. Anne's Church in Whitestown for many years. In addition to his employment, he was also active with the New York State Bar Association and several organizations. He served as Chairman of the Association's Workmen's Compensation Law Division and both wrote and lectured on the topic of worker's compensation for the Association. He also served as Chairman of the New York Special Funds Conservation Committee several years, the Governing Committee of the New York Compensation Insurance Rating Board, the Worker's Compensation Committee of the Business Council of New York for many years and the Worker's Compensation Committee of the Alliance of American Insurers. John was a member of several other committees including the Oneida County Ethics Committee. He is survived by his children and their spouses, Gregory and Lynn Sullivan of Rochester, Judith and Mark Kowalczyk of Clinton and Jeffrey and Elaine Sullivan of Guilderland. Also included are his beloved grandchildren Nicholas and Matthew Kowalczyk and Jeffrey and Madeline Sullivan. In addition to his parents and wife, he was predeceased by an infant son, Joseph Sullivan, and a sister and brother Madeline Sullivan and Charles Sullivan, Jr. John was a gentle man with a deep love for his children and grandchildren. He enjoyed golf, the Sunday New York Times and New York City. He was a member of the Yahnandasis Golf Club and the Cornell Club of New York and a former member of the Skenandoa Golf Club. His family would like to extend a special appreciation to the staffs of St. Luke's Home and the Alterra and Clare Bridge of Clinton for the loving care they gave him during his illness. Relatives and friends are invited to attend a Mass of Christian Burial which will be celebrated on Monday at 10am at the Church of the Sacred Heart/ St. Mary's, New York Mills. Visiting hours will be held on Sunday from 2 until 5pm at the Kowalczyk Funeral Home 284 Main Street ,New York Mills. Burial with Military Honors will be held at Mt. Olivet Cemetery. Memorial contributions in his name may be made to the Alzeheimer's Assn. of C.N.Y. 441 West Kirkpatrick Street, Syracuse, NY 13204-1361. Light a Candle at: www.kowalczykfuneralhomes.com

John P. Sullivan, Whitestown John P. Sullivan, 82, of Whitestown, passed away on Friday, January 2, 2009 at St. Luke's Home after a long illness. He was born on July 3, 1926 in Elmira, NY the son of Charles H. and Mary Donovan Sullivan.... View Obituary & Service Information

The family of John P. Sullivan created this Life Tributes page to make it easy to share your memories.

Send flowers to the Sullivan family.