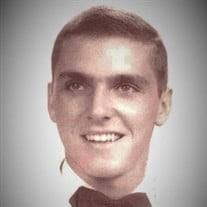 John Clarke Ryan, 79, passed away on April 20, 2022, at Boston Medical Center, after a long illness. Born on July 23, 1942, in Utica, John is the son of John F. and Margaret (Quinn) Ryan. He was a graduate of Utica Catholic Academy, attended Mount St. Mary College, earned a Bachelor of Arts Degree from Marquette University, Milwaukee, Wisconsin, and graduated from Arizona State University with a BA in International Commerce and Language. John was a member of Sacred Heart Catholic Church in Massena and early on was a member of the Church of Our Lady of Lourdes, Utica. John was challenged by periodic depression which affected many of his goals in life. He was employed with the New York Insurance Compensation Rating Board as an inspector. He also worked various other employment positions in his career. John was a kind and gentle man. He was especially close to his sister, Sherry, with whom he lived. They helped each other through life’s ups and downs as good friends. John was proud of his Irish heritage and handled many situations with humor. He was a volunteer aide at a local nursing home in Massena as he would read to the residents and try to lift their morale with his humorous gift of gab. John is survived by his cherished sister, Mary Sharon (Sherry) Ryan, Massena; nieces and nephews, Christopher Ryan, Matthew Ryan, Andrew Ryan, and Jennifer Ryan and her husband, Dr. Michael Pourfar. He also leaves great-nieces and great-nephews; sisters-in-law, Clare Ryan and Remedios Ryan; cousins, John and Sharon Ryan; and his best friend, Jim Bertlesman. He was predeceased by his beloved brothers, Edward Ryan and William Ryan. Relatives and friends are invited and may call on Friday from 4 to 6 p.m. at McGrath, Myslinski, Karboski & Nunn Funeral Directors, 470 French Rd., Utica. Funeral services will commence immediately following visitation at 6 p.m. with Sister Maureen Denn, CSJ officiating. Interment will be in Mt. Olivet Cemetery, Whitesboro. John’s family extends their gratitude to Dr. Nimesh Desai who took excellent care of him in Massena and to the doctors and staff of the Boston Medical Center for the care and compassion shown to John during his stay. They are also very grateful for the sensitivity shown to his sister Sherry during his final hours as she was able to be with John virtually as he received last rites and during his passing. Pastor Judith VanKennen was also very supportive and accommodating, having accompanied Sharon on her first tip to Boston to see John. In lieu of flowers, remembrances in John’s name may be made to Thea Bowman House at www.theabowmanhouse.org. Envelopes will also be available at the funeral home.

John Clarke Ryan, 79, passed away on April 20, 2022, at Boston Medical Center, after a long illness. Born on July 23, 1942, in Utica, John is the son of John F. and Margaret (Quinn) Ryan. He was a graduate of Utica Catholic Academy, attended... View Obituary & Service Information

The family of John Clarke Ryan created this Life Tributes page to make it easy to share your memories.

Send flowers to the Ryan family.