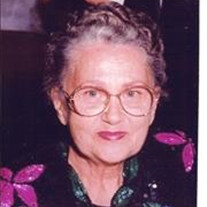 Joanna (Jaworska) Warburton Utica Joanna (Jaworska) Warburton, 82, a longtime Utica resident, died on Monday, March 02, 2009, at Faxton St. Luke's Healthcare. She was born in Lomza, Poland Europe on April 17, 1926 the daughter of the late Mieczyslaw and Henryka Brodowska Jaworski. As a young girl during the war, Joanna and her family were forced to leave Poland and travel through Russia, Lower Siberia, Kazakhstan, Iran, India and finally to Africa to a Refugee Camp in Kondoa (Tanganyika). It was there that Joanna received her education. After the war Joanna and her family had relocated in England where she met her husband John Warburton. The couple were married at St. Mary's Church in Dukinfield, England on February 3, 1951. In July of 1952 they, along with their infant son Antony had traveled to the United States to be reunited with her family in Utica. Antony passed away on July 17, 2006. Joanna was a member of Holy Trinity Church, the Sacred Heart Society of Holy Trinity and the Orchard Lake Ladies Auxiliary. Her passion of gardening and Bingo was surpassed by her love for her family and friends. She is survived by her loving husband, John a union of over 58 years; three daughters, Mary (Warburton) Kent of Utica, Diana and her husband Mark Marra of Hampton, NH and Elizabeth and her husband John Pisano of Utica; a sister Barbara and her husband Stanley Walerski of New York Mills; two brothers, Henry and his wife Bertha Jaworski and Janusz and his wife Mary Ann Jaworski, all of Utica and a daughter-in-law Judy Warburton of Wilmington, NC. Also included are seven grandchildren, Anthony, Sean, Brenda, Matthew, Katherine, Nicholas and Sarah and several nieces and nephews. Funeral services will be held on Saturday at 10:30am at the Kowalczyk Funeral Home, 1156 Lincoln Avenue, Utica, and at 11:00 am at Holy Trinity Church where a Mass of Christian Burial which will be celebrated. Relatives and friends may call on Friday from 4 until 7 pm. Burial will take place in Holy Trinity Cemetery. Joanna's family would like to express their sincere gratitude to the Nurses and Staff of the ICU, CCU, Alan Calder S.N.F., the Dialysis Unit, especially to Respiratory Therapists, Nate Mount, Larry Hooks, Dave Haas and Andrea Desimone of Faxton St. Luke's Healthcare and to the CNY Cardiology of St. Elizabeth Medical Center; Drs. Tisch, Ferreiro, Eldredge and Brownstein for the excellent care and compassion shown to her and her family through out her illness. Memorial contributions in Joanna's memory may be made to the Holy Trinity Memorial Fund, 1206 Lincoln Avenue, Utica, NY 13502. Envelopes will be available at the funeral home. Light a Candle at; www.kowalczykfuneralhomes.com

The family of Joanna Warburton created this Life Tributes page to make it easy to share your memories.

Send flowers to the Warburton family.