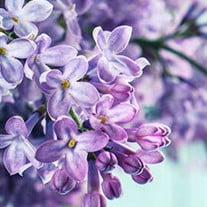 Jeanne C. Warchol New Hartford Jeanne Warchol, 76, Formerly of Utica and currently a resident of the St. Luke's Home passed away on Monday, November 3, 2008. She was born in Little Falls, NY the daughter of the late Albert and Loise Maxwell Carney and attended local schools. Jeanne continued her education, attending the St. Elizabeth School of Nursing where she graduated in 1953. On April 22, 1953 she was united in marriage to Richard Warchol in St. Patrick's Church, Utica; a loving union for over 55 years. She was employed as a Nurse Manager with St. Elizabeth Hospital until her retirement in 1994. Jeanne's Professionalism and attention to detail earned her the respect of her fellow co-workers and physicians and also the admiration of the young nurses she took under her wing. She will always remember her for the countless memories of her unselfish devotion and pride in raising and taking care or her family. Her survivors include her beloved husband, Richard Warchol of Utica; a daughter, Joni and husband Donald Carlo of New Hartford; a son, Kevin Warchol of Utica; three sisters, Eleanor Comins, of Herkimer, Mary Margaret and her husband Christopher Judd of Little Falls, and Teresa Carney of Little Falls; a brother, Richard and his wife Palma Carney also of Little falls; a sister-in-law, Delores Carney; a cherished granddaughter, Dr. Joelle Carlo and her husband Dr. Giuseppe Intini of Boston MA, and her Adored grandson, Michael Warchol of New Hartford. Also included are several nieces and nephews. She was predeceased by two brothers, Donald and William Carney and most recently by her aunt, Alice Knutty. Relatives and friends are invited to attend a Mass of Christian Burial which will be celebrated on Friday at 10am at the Church of the Sacred Heart and St. Mary's in New York Mills. There are no calling hours. Burial will take place in Holy Trinity Cemetery. Funeral arrangements are under the care of the Kowalczyk Funeral Home, 284 Main Street, New York Mills, NY. Please omit flowers and consider memorial contributions in Jeanne's memory may be made to a charity of one's choice. Envelopes will be available at the church. Light a Candle at www.kowalczykfuneralhomes.com

Jeanne C. Warchol New Hartford Jeanne Warchol, 76, Formerly of Utica and currently a resident of the St. Luke's Home passed away on Monday, November 3, 2008. She was born in Little Falls, NY the daughter of the late Albert and Loise Maxwell... View Obituary & Service Information

The family of Jeanne Warchol created this Life Tributes page to make it easy to share your memories.

Send flowers to the Warchol family.