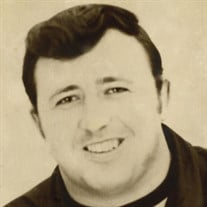 NEW HARTFORD - James J. Klein, 82, passed away peacefully in his home on February 4, 2021. He was born in Utica, NY on March 31, 1938, to Mary Nugent and Henry Klein. A graduate of St. Francis de Sales High School and Utica College, Jim was a talented athlete who began his coaching legacy at the age of 14. As a basketball coach and a lifelong educator, Jim’s abilities and achievements were rivaled by very few, and he was widely known as one of the best coaches ever in the Central New York area. Despite all of his accolades, Jim’s true legacy lives on in the lessons he imparted to his players and students, extending far beyond the sidelines of the court and the walls of the classroom. In addition, Jim dedicated 54 years of work to Vernon Downs, where he found both lifelong friendships and a true home away from home. Of all the titles Jim held, perhaps his most cherished was “Pop Pop.” His grandchildren were the light of his life in his later years. In addition to his love of sports, horses, Disney, and Turner Classic Movies, one of his greatest pleasures was his regular “staff meetings” at Michael T’s with his treasured friends. He will be remembered for his sharp wit, his sense of humor, his disarming honesty, and his deep, sincere friendship. He leaves behind his beloved spouse of 28 years, Barbara Hays; his sister, Connie Campbell; children, Juli (Tim) Ryan, Colleen (Mike) Sunderlin, Jim (Robin) Klein, Kevin (Jane) Klein; Barbara’s children, Paul, Dave, Liz, and their spouses; grandchildren, Kelsey, Michael, Lukas, Sarah, James, Jessica, Jacob, Drew, Elise, Matthew and Lauren; niece, Kim (Ed) Hunter, children Danny and Riley, nephew, James Campbell and canine companions, Yogi and “My Man” Jeter. He was predeceased by his parents, his aunt, Mary, and sister, Julia. Services at this time will be private. A public memorial will be held at a later date when it is safe to gather together and celebrate Jim’s life. In lieu of flowers please consider donations to Hospice & Palliative Care, Inc., 4277 Middle Settlement Rd., New Hartford, NY 13413. The family would like to thank Dr. Fred Talarico, Patricia Rosati, their staff, and the staff at Hospice & Palliative Care, Inc. for their dedicated care for Jim. Special thank you to his grandson, Michael, and daughter, Colleen, whose devoted care and companionship made it possible for him to remain at home until the end of his life and nurture his addiction to Netflix. Jim’s family would also like to thank all the former players, friends and acquaintances who called and sent uplifting letters during his final months.

The family of James J. Klein created this Life Tributes page to make it easy to share your memories.

Send flowers to the Klein family.