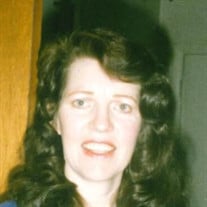 SCHUYLER – Irena J. Panasiewicz, 75, passed away on Monday, May 10, 2021, at Upstate University Hospital, Syracuse, with her daughter by her side. Irena was born on February 15, 1946, in Mullen, Germany, the daughter of Bernard J. and Janna (Haman) Szlizewski. She was a graduate of Dolgeville High School. On April 15, 1973, Irena married Stanley J. Panasiewicz, Jr., a blessed union of 39 years prior to his passing on July 5, 2012. Irena was a babysitter for many neighborhood children for over 20 years. Later in life, she worked in the cafeteria at the Utica City School District, prior to retiring in 2008. Irena enjoyed gardening, traveling, bible study, crochet, cooking, and baking homemade bread, pies, cakes, and cookies. Surviving Irena are her loving daughter, Vicki Pellegrino, Utica; son, Nathan Panasiewicz, FL; six much-cherished grandchildren, Katie Seelman and Derek Seelman, Luke (Deanna) Pomichter, Matthew, Ethan, Aiden, and Olivia Pellegrino; brother, Lucian (Jerry) Szlizewski; nephew, Daniel Szlizewski; several brothers-in-law, sisters-in-law, nieces and nephews from the Panasiewicz family and many relatives from the Haman family in Europe. She will be missed by her lifelong friends over the last forty years who have always been there for her, Betty, Peggy, Pearl, Carol, and Judy. She will be especially missed by her best friend of almost 50 years, Linda Roback. Funeral services will be private for the family. Irena’s family extends a special thank you to the staff of Sitrin Health Care, Sequoia House, where Irena was a resident for two years. Arrangements are under the direction of McGrath, Myslinski, Karboski & Nunn Funeral Directors, 470 French Rd., Utica. Messages of sympathy at www.mmknfd.com

SCHUYLER &#8211; Irena J. Panasiewicz, 75, passed away on Monday, May 10, 2021, at Upstate University Hospital, Syracuse, with her daughter by her side. Irena was born on February 15, 1946, in Mullen, Germany, the daughter of Bernard J. and... View Obituary & Service Information

The family of Irena J. Panasiewicz created this Life Tributes page to make it easy to share your memories.

Send flowers to the Panasiewicz family.