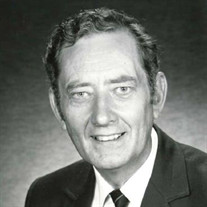 UTICA – Howard C. Welch, 89, passed away on Thanksgiving Day, November 25, 2021, at Faxton-St. Luke’s Healthcare. Howard was born on February 9, 1932, in Utica, to the late Howard I. and Loretta (McDermott) Welch. He was a graduate of Sauquoit High School and received a Bachelor’s Degree from Utica College of Syracuse University. At one time, he was married to Ellen M. Ginter, a union that shared six cherished children. Howard began his career working for GE, Univac, and MDS. His desire to have more time with his family, led him to open his own business, Data Concepts, providing payroll services for local businesses in Utica and Syracuse. Howard later owned and operated Welch’s Bicycle & Ski Shop in Utica for many years. He was most proud of his “Bikes for Kids” program providing bicycles to kids in need all year long. His love of Utica motivated him to work tirelessly for its citizens, whether you resided in his district or not. Howard was an avid supporter of the Utica Police and Fire Departments. He served as chair of the Sacred Heart School Bazaar for several years. He was active in local government serving as a member of the Utica Common Council for 26 years, an Oneida County Legislator for 2 years, and Ward Chairman of the Republican Party for many years. Howard was proud of his Irish and German heritage. He was a member of the Ancient Order of Hibernians, Croabh Dugan-O’Looney Irish Group, and the Utica Maennerchor. But most of all, Howard was a loving partner, father, grandfather, and perfect gentleman. He was Darlene’s soulmate and best friend for 25 years. He loved her and all her family members. She considered him the sweetest, the smartest, and the most easy-going person she knew. She will miss him dearly and life will never be the same without him. Surviving besides his partner of 25 years, Darlene Anthony, are his children, Mary Theresa (Frank) Monaco, John Patrick Welch, Martin Connor Welch, and Erin Marie Welch; sister, Diane (Daniel) Asch; eleven grandchildren; six great-grandchildren; sister-in-law, Shirley Welch; the extended Anthony family including Kimberly and Leonard Hatzinger, Erica Barretta and close friends, too many to mention. He also leaves his beloved dog, Cyndy. Howard was predeceased by his son, Brian Matthew Welch; grandson, Nathanial; brothers, Joseph Welch and his wife, Doris, Irving Welch, brother-in-law, Joseph Ginter and dog, Toby. Relatives and friends are invited and may call Tuesday from 4 to 7 p.m. at McGrath, Myslinski, Karboski & Nunn Funeral Directors, 470 French Rd., Utica. Funeral services will be Wednesday at 10 a.m. at Mary, Mother of Our Savior Parish, Our Lady of Lourdes Campus, 2222 Genesee St., Utica., where a Mass of Christian Burial will be celebrated. Entombment will be in Calvary Mausoleum. In lieu of flowers, remembrances in Howard’s name may be made to Anita’s Stevens-Swan Humane Society (www.anitas-sshs.org/donate). Envelopes will be available at the funeral home. View Howards Tribute Video Here: https://www.tributeslides.com/tributes/show/5X8LX6K9H8RP3449

The family of Howard C. Welch created this Life Tributes page to make it easy to share your memories.

Send flowers to the Welch family.