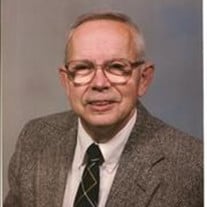 Henry Szarowicz Utica Henry (Hank) Francis Szarowicz, 77, a lifelong Utica resident, died on Monday, March 9, 2009 unexpectedly at Faxton-st. Luke's Healthcare. He was born in Utica on May 12, 1931 the son of Frank and Jane Dulemba Szarowicz. He was a graduate of UFA in 1949 and from Hamilton College in 1953. Henry also received a Master of Education Degree from Syracuse University and A Master of Science Education as NSF Scholar in 1960. Hank was employed with the Sauquoit Valley Central School from 1954 until his retirement in 1989. He also won NSF Scholarships to improve science education at summer Institutes from Indiana University, Adelphi College, Cornell and the University of Connecticut. He was a former Phi Delta Kappa member and a lifetime member of the Church of the Sacred Heart / St. Mary's; a member of N.Y.S.U.T., the Sauquoit Valley Retired Teacher's Assn. and the Knights of Columbus Council # 189. Mr. Szarowicz received recognition for Advanced Biology class he started at S.V.C.S. where the Honor Society is named after him. He very much enjoyed his family, golfing, stamp collecting, S.U. Sports and Disney World. His survivors include his sister Mary Jane and Dewey Valentine of Baldwinsville; a niece Sandi and Tom Tommarello and their children, Brian, Eric and Marisa of Baldwinsville; Nephews Michael and Carole (Price) Valentine and their children Delaney, Maggie Mae and Grace of Oklahoma City, OK, Paul and Katie (Sullivan) Valentine and their children Meredith and Trent of Westfield, NJ, Eugene and Debby Szarowicz of Fl and William and Patty Szarowicz and their children Brian, and Stephany of GA. Also included are his dear friends Donald and Rose Freedan. He was pre-deceased by his parents, a brother Col. Eugene S. Szarowicz and beloved Aunt Stella Beaudin. Funeral services will be held on Saturday at 9:15am at the Kowalczyk Funeral Home 284 Main Street New York Mills and at 10am a the Church of the Sacred Heart / St. Mary's, New York Mills where a Mass of Christian Burial will be celebrated. Relatives and friends may call o Friday from 4 until 7pm. Burial will take place in St. Stanislaus & Casimer Cemetery. Memorial contributions in his name may be made to the Sacred Heart / St. Mary's Memorial Fund, 201 Main Street, New York Mills, NY 13417. "Dear Hank, we will miss your kindness and gentle ways, your wit, your kindness to others" - family and friends, "Rest in peace" Light a Candle at: www.kowalczykfuneralhomes.com

The family of Henry F. Szarowicz created this Life Tributes page to make it easy to share your memories.

Send flowers to the Szarowicz family.