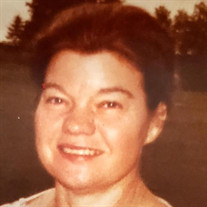 UTICA-Helen Yolanda (Yaunney) Rausche, 87, passed away peacefully on Thursday, October 8, 2020, at the Pines. Helen was born on April 5, 1933, in Oppenheim, NY, the daughter of Roy and Frances M. (Snell) Yaunney. She was a graduate of Dolgeville Central High School and of Utica Psychiatric School of Nursing, where she met her best friend for life, Marie Talerico Heistand. Helen was a nurse at the Utica Psychiatric Center, before marrying her first husband and moving to Buffalo, NY. She continued her nursing career there and then began a family. Helen began her life in poverty, but with her signature indomitable will she educated and worked her way out of that poverty into a professional career and fruitful life. She was generous from the very beginning, always making sure that her loved ones had anything that she could provide. Helen married William J. Rausche on May 30, 1981, They enjoyed a blessed union of over 31 years, prior to his passing on February 7, 2013. She is survived by her daughter and her partner, Diana E. (Alan Lau) Tardiff, CT; grandchildren, Jermaine Tardiff, Utica, and Oliver Tardiff, Schenectady; great grandchildren, Benjamin and Gwendolyn; brother and sister-in-law, Johnny and Gail Yaunney, niece, Sharon and Kenneth Snell, DE; and her step-daughter Debi (Rausche)Mohler, her nieces Nora Warner, and Ellen Stock. Helen was predeceased by her son, Christopher Carlo Annibale, grandson, Samuel C. Tardiff and siblings, Roberta, Marjorie, Muriel, Mary Jane, Samuel, Fred and Jim; former husband, Carlo Benjamin Annibale and special friend, John Gotte. In keeping with Helen’s wishes, funeral services will be kept private for the family.

UTICA-Helen Yolanda (Yaunney) Rausche, 87, passed away peacefully on Thursday, October 8, 2020, at the Pines. Helen was born on April 5, 1933, in Oppenheim, NY, the daughter of Roy and Frances M. (Snell) Yaunney. She was a graduate of Dolgeville... View Obituary & Service Information

The family of Helen Y. Rausche created this Life Tributes page to make it easy to share your memories.

Send flowers to the Rausche family.