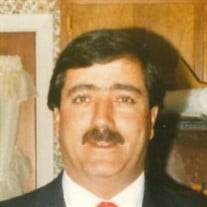 NEW HARTFORD – Gerald F. Back, 73, passed away on Friday, March 11, 2022, at St. Elizabeth Medical Center. Born on July 12, 1948, Jerry is the son of the late Roderick and Frances (Gresgen) Back. He was a graduate of Proctor High School and earned a Bachelor’s Degree in Business from SUNY College of Technology. Jerry was a proud United States Army veteran having served during the Vietnam War. On June 16, 1973, Jerry married the love of his life, Maureen C. Pardi in the Church of Our Lady of Lourdes, a blessed union of 48 years. Jerry was employed with the Town of New Hartford as the Codes Enforcement Officer where he worked alongside two of his close friends. Jerry was an exceptional athlete who was the best at everything he did. Jerry was a stellar pitcher for Proctor and Adrean Post, bowled perfect games, had several holes in one, and was named a New York State Billiards champion. Jerry had many loyal friends from childhood who he still kept in touch with. He was proud of his hometown and the people he met along the way. You could not go anywhere locally without someone knowing “Jerry Back”. Everyone always had something nice to say about him. Jerry’s greatest joy was spending his days with his wife, Maureen. They were the perfect example of true love. Nothing brought more joy or made him more proud than his three children, and his five grandchildren. Of all his titles, Papa was his favorite. Surviving besides his beloved wife, Maureen are his children, Jerry (Natasha) Back, Andrea Back, and Allison (Matt, who was like another son) Grace; cherished grandchildren, who brought the greatest joy to his life: Josselyn, Jerry (his namesake), Brandon, Ella, and Ava. Also surviving are his siblings, Dennis (Shirley) Back, Phyllis (Ted) Sniffen, Mary Klock, Roderick (Candy) Back, and Maggie (Joel) Back; in-laws, Sharon (Rich) Alcuri, Steve (Colleen) Pardi, Louise (Gary) Mazza, David (Mary) Pardi, Darrell (Elaine) Pardi, and many special nieces and nephews. Jerry also leaves numerous lifelong friends including his golf buddies and friends at the VFW. He was predeceased by his nephews, David and Darin Klock. Relatives and friends are invited and may call Friday, March 18, from 4-6 p.m. at McGrath, Myslinski, Karboski & Nunn Funeral Directors, 470 French Rd, Utica. Funeral services will be on Saturday at 10 a.m. at Mary, Mother of Our Savior Parish, Our Lady of Lourdes Church, where a Mass of Christian Burial will be celebrated. Interment will be in Calvary Cemetery, Utica. In lieu of flowers, remembrances in Jerry’s name may be made to Malsan Jones VFW 7393, 21 Garden St., New York Mills. Envelopes will be available at the funeral home. The Back family is grateful to Dr. Toby Taylor, Dyan Sardelli, and Dr. Ghassan Koussa for the compassionate care they provided to Jerry.

The family of Gerald "Jerry" F. Back created this Life Tributes page to make it easy to share your memories.

Send flowers to the Back family.