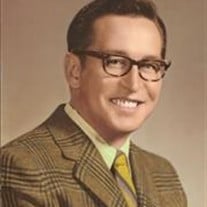 Frederick M. Potasiewicz Utica Frederick M. (Fred) Potasiewicz, 71, a lifelong area resident died on Tuesday, July 20, 2010, at his son's home with his loving family at his side. He was born in Utica on October 30, 1938 the son of the late William and Frances Dembski Potasiewicz and graduated from UFA. Frederick served proudly with the US Army from 1958 until 1960 as a Cryptographic Specialist. On May 3, 1969, he was married Margaret A. Alam at the Church of Our Lady of Lourdes, Utica. She died on January 2, 2008 Frederick was employed with the United States Postal Service for over 35 years as a letter carrier until his retirement in February of 2002. After his retirement Fred worked with Meals on Wheels from St. Luke's Home. He was a member Sacred Heart / St. Mary's Church, the Knights of Columbus Council 189 Third Degree for 41 years, the Whitestown Vets, the AM Vets Post 6001, a life member of the National Association of Letter Carriers, and the Yorkville Fire & Hose Co., a former member of the Moose Lodge and ASA Softball umpire association as well as a manager for the Yorkville Little League and the Otter lake Association. Otter Lake is where the family had a camp and enjoyed many years of family gatherings. Fred was a great Notre Dame football enthusiast and the Notre Dame Fight Song was always an inspiration to Fred to keep on fighting no matter how low you feel, you'll come out a winner. He also enjoyed hanging out with his friends at the Dingy Bar, Tom's Barber shop and his feline companion, Icabo who was his friend and always was there to sit by his side and keep him company. His survivors include his loving children, two sons and their spouses, Peter and Cheryl Potasiewicz of the Utica area and Matthew and Laurie Ann Potasiewicz of Whitesboro; Fred always treated and considered his daughters-in-law Cheryl and Laurie Ann like his daughters: a daughter, Laurie Mekeel of Deerfield; a sister Patricia and her husband Leonard Zielinski of Utica; a brother Raymond and his wife Joanne Potasiewicz of Whitesboro; 8 grandchildren, Thomas Havener, Kimberley Mekeel, Megan Mekeel, Mary Mekeel, Renee Potasiewicz, Katelyn Potasiewicz, Braedyn Potasiewicz and Nolan Potasiewicz; a sister-in-law, Mary Ann and her husband Robert Hughes of Utica; a brother-in-law, Fred and his wife Jean Alam of Rochester. Also included members of the Alam and Grillo families and several nieces, nephews and Cousins. He was predeceased by a brother, John Potasiewicz. Funeral services will be held on Friday at 9:30 am at the Kowalczyk Funeral Home 284 Main Street, New York Mills, and at 10am at Sacred Heart / St, Mary's Church, where a Mass of Christian Burial will be celebrated. Relatives and friends may call today from 4 until 8 pm. Yorkville Fire Department and their Ladies Auxiliary will hold a prayer service at 6pm and the Whitesboro fire Department's prayer service will be held at 7 pm. The Knights of Columbus Council #189 will have a prayer service at 7:30 pm. Burial with Military Honors will take place in Holy Trinity Cemetery. Fred's family would like to especially thank Dr. Lance Brownstein, Dr. Alicia Detraglia, Dr. Susha Kaul, Dr. Joseph Femia and Dr. Stephen Culver for their compassionate and professional care given to Frederick. A special thanks to Hospice and the nurses and staff of St. Luke's Healthcare for their excellent care and support shown to Fred and his family throughout his illness. Memorial contributions in his name may be made to Hospice and Palliative Care Inc., 4277 Middle Settlement Road, New Hartford, NY 13413-9954 and to the American Cancer Society, 100 Lomond Court, Utica, NY 13502, the Whitesboro Fire Department 171 Oriskany Boulevard, Whitesboro, NY 13492 and the Yorkville Fire Department, P O Box 95, Yorkville, NY 13495. Envelopes will be available at the funeral home. Light a Candle at: www.Kowalczykfuneralhomes.com

Frederick M. Potasiewicz Utica Frederick M. (Fred) Potasiewicz, 71, a lifelong area resident died on Tuesday, July 20, 2010, at his son's home with his loving family at his side. He was born in Utica on October 30,... View Obituary & Service Information

The family of Frederick Potasiewicz created this Life Tributes page to make it easy to share your memories.

Send flowers to the Potasiewicz family.