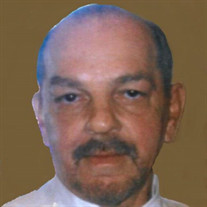 CHADWICKS– William David Baker, 73, passed away on February 15, 2021, at home with his fiancée, Jean by his side. David was born on July 23, 1947, in Utica, the son of William H. and Sarah (Goodman) Baker. He attended local schools. David served his country in the U.S. Army. He worked as a bus driver for the Utica Transit Authority and also at Tiny’s Grill and for the Utica Blue Sox. David is survived by his fiancée, Jean Rechsteiner; children, Christopher (Angela) Baker, Mark (Val) Baker, Karla (Bill) Lovett, Andrew (Darren) Rechsteiner, and Kathryn (Josh) Schultz; siblings, Bonnie Wnuk, Marilyn (John) Walchusky; sister-in-law, Jean Baker; grandchildren, Nathan, Audrina, Mark, Sebastian, Sylvie, Billy, Addison and Barrett, along with numerous nieces, nephews, cousins and his former wife, Anne Abbott Baker. David was predeceased by his parents; his brother, Jack Baker; brother-in-law, Philip Wnuk, mother-in-law, Jacqueline Bailey. Relatives and friends are invited and may call on Monday from 10-11 a.m. at the Church of The Sacred Heart & St. Mary Our Lady of Czestochowa, New York Mills. A Mass of Christian Burial will follow at 11 a.m. Interment will be in Calvary Cemetery. The Baker family would like to thank Dr. Kachare for his many years of care and friendship to David and Jean. Arrangements are under the direction of McGrath, Myslinski, Karboski & Nunn Funeral Directors, 470 French Rd., Utica.

The family of David Baker created this Life Tributes page to make it easy to share your memories.

Send flowers to the Baker family.