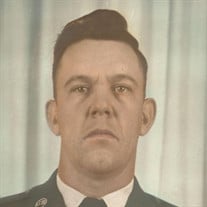 UTICA – Dale N. Reinhold, MSGT. USAF Ret., 83, of Utica, passed away unexpectedly on July 20, 2021, at his home. Dale was born on April 28, 1938, in Wayne, Michigan, the youngest of seven children born to Henry and Marion Reinhold. The first school he attended was a two-room schoolhouse in Romulus, Michigan. Dale was a champion spelling bee winner several times in his early school years. He grew up on the family farm and when the Detroit International Airport expanded, the farm was taken over by Wayne County. At that time, Dale enlisted in the U. S. Air Force. It was 1959. Dale married Grace Paredes in Cagayan De Oro City, Mindanao, Philippines, on December 25, 1961. They were happily united for over 39 years prior to her passing in July 2001. Dale was a long-time Buick Club and American Legion member. He started his military career as a team chief in ACW, SAC, ETS, AFCC, and mobile units. He was assigned to units known for numerous TDY deployments. Dale earned many medals, including an Armed Forces Expeditionary Medal, USAF Longevity Award with four Oak Leaf Clusters, National Defense Service Medal in Korea, Vietnam Service Medal with two Bronze Stars, a Presidential Unit Citation with two Oak Leaf Clusters, Air Force Outstanding Unit Award with two Oak Leaf Clusters, Device (Valor) Medal during TET offensive in Vietnam, Air Force Good Conduct Medal with Five Oak Leaf Clusters and U.S.A.F. Missile Badge. Dale was predeceased by his parents and his siblings. He is the last known surviving member of the Reinhold family from Germany. He is survived by his long-time friend, Donna Olearczyk, Utica; a niece, Venus Shaffer, CA, and many friends that cared for him including, Dan (Audrey) Younkin and Jim (Ruth) Williams. A Mass of Christian burial will be celebrated on Monday at 10 a.m. at Holy Trinity Church. Dale will be laid to rest in Holy Trinity Cemetery. Remembrances in Dale’s name may be made to the Holy Trinity Memorial Fund. Envelopes will be available at the Mass. Arrangements are under the direction of McGrath, Myslinski, Karboski & Nunn Funeral Directors, 470 French Rd., Utica.

The family of Dale N. Reinhold MSGT. USAF, Ret. created this Life Tributes page to make it easy to share your memories.