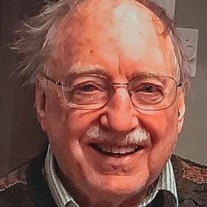 Christopher (Cricket) Singerly Nash, 79, passed away on January 3, 2022, at St. Elizabeth Medical Center. Christopher was born on February 4, 1942, in Cambridge, Massachusetts, son of the late Humphrey Leopold Nash and Katherine (Singerly) McCartney. Throughout his life, he loved and took great pride in his family, home, work, and country. He graduated from New Hartford High School having made many lifelong friends there. He pursued his education at New England College, the University of California at Berkeley, and Utica College. He was drafted into the Army in June of 1966 and served in Vietnam until June of 1968. Upon returning home he opened Cricket’s Junque Shoppe in New Hartford. He then settled in Barneveld and began his career as a Licensed Land Surveyor. He has produced thousands of maps of local properties in both Oneida and Herkimer Counties. He raised his family in Barneveld and cherished his family’s property there. Christopher was a member of the New York Association of Professional Land Surveyors and taught courses at MVCC for a short time. Family ties continue to both the Unitarian and Episcopal churches in Barneveld but he often spoke of the woods surrounding his home as his “Cathedral of the Pines”. If he wasn’t working, he could usually be found cutting wood for the winter, fixing tractors, cars, trucks, or lawnmowers on the property. Christopher is survived by his wife, Sharon; his son, Christopher (Lara) Nash and grandsons, Beckett and Sullivan of Barneveld; daughter, Kara Nash (Ryan Holland) and granddaughter, Alyce of Fairbanks, Alaska, and youngest son, Adam Nash and his partner, Mary Crockett of Fairbanks, Alaska; brothers, Humphrey (Andrea) Nash, Cedric (Gisela) Nash; sisters, Jennifer (Royce) Johnson, Tabitha Nash, Jolie Baetzel; sisters-in-law, Bonnie (Daniel) Herbowy, Susan Misiaszek, and Carol Misiaszek as well as many nieces, nephews and cousins. He was predeceased by his parents and in-laws as well as his brother, Angus Nash, and sister-in-law, Donna Misiaszek Antzak. There are no public calling hours. A service is scheduled on Saturday, January 8th at 11 AM at the Unitarian Church of Barneveld. Those attending must show proof of vaccination and wear a mask. Burial will be in the spring at Evergreen Cemetery. Donations in Christopher’s memory may be made to the Central New York Association for the Blind and Visually Impaired, (www.cabvi.org), Rochester Ronald McDonald House (www.rmhcrochester.org), or a charity of your choosing. Envelopes will be available at the service. Arrangements are under the direction of McGrath, Myslinski, Karboski & Nunn Funeral Directors, 470 French Rd., Utica.

The family of Christopher Singerly Nash created this Life Tributes page to make it easy to share your memories.

Send flowers to the Nash family.