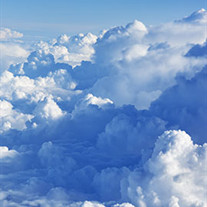 Anthony (Jerry) Maxwell Utica Anthony (Jerry) Maxwell, 79, a lifelong Utica resident died on Monday, July 12, 2010 at the Siegenthaler Center after a brief illness. He was born in Utica on April 27, 1931 the son of Anthony Thomas and Mary Rose Devaney Maxwell. He graduated from Utica Catholic Academy in 1949 and also attended Utica College. Jerry enlisted in the US Navy during the Korean Conflict and was stationed at the US Submarine Base at New London, CT. Jerry owned and operated the very successful Maxwell Restaurant on Genesee Street for 23 years. He later worked at the Oneida Correction Facility as a New York State certified Vocational Instructor. In 1994 he was recognized and awarded Vocational Instructor of the Year. He was a lifetime Honorary Member of the Knights of Columbus Council #189 and also a member of the New Hartford American Legion Post # 1376. He was a parishioner of the Church of Our Lady of the Rosary, New Hartford. His survivors included his sister and her husband, Margaret Ann and Basil McHarris of Fl; a niece Deborah Cook of Fayetteville, a nephew Joseph and his wife Linda McHarris of Clinton and their children, Michael, Cassie, Allyson and Hannah, a niece, Karen and her husband Dr. David Chandler of Lexington, SC and their children, Nicholas, Sarah; a nephew John and his wife Wipaharat Piyasawat of Bangladesh and their children, Maggie, Max and Joshua. Jerry also leaves many lifelong friends. Relatives and friends are invited to attend a Memorial Mass for Jerry which will be celebrated on Tuesday, July 27, 2010 at 10 AM at the Church of Our Lady of the Rosary. There are no calling hours. Burial will take place at Cedar Lake Cemetery. Donations in Jerry's name can be made to the Hospice and Palliative Care Inc., 4277 Middle Settlement Road, New Hartford, NY 13413-9954 or to The American Cancer Society, 100 Lomond Court, Utica, NY 13502-5949. Envelopes will be available at the Church. Arrangements are under the care of the Kowalczyk Funeral Homes, Utica / New York Mills, Light a Candle at: www.kowalczykfuneralhomes.com

The family of Anthony Gerard Maxwell created this Life Tributes page to make it easy to share your memories.

Send flowers to the Maxwell family.